Horror is a very specific genre that calls for some unique lighting techniques. These five cinematography tips will make just about any horror film more stylized and effective.

The two most important elements in creating that mood are sound design and cinematography, the latter being what we’re going to focus on here. Unlike lighting a comedy or drama, more rules can often be broken when shooting a horror film, and in many cases that translates to a more effective final product.

If you plan on shooting some horror material in the future, then this article is for you. The five cinematography tips listed below will serve as some fundamental guidelines that you can follow throughout your time on set: 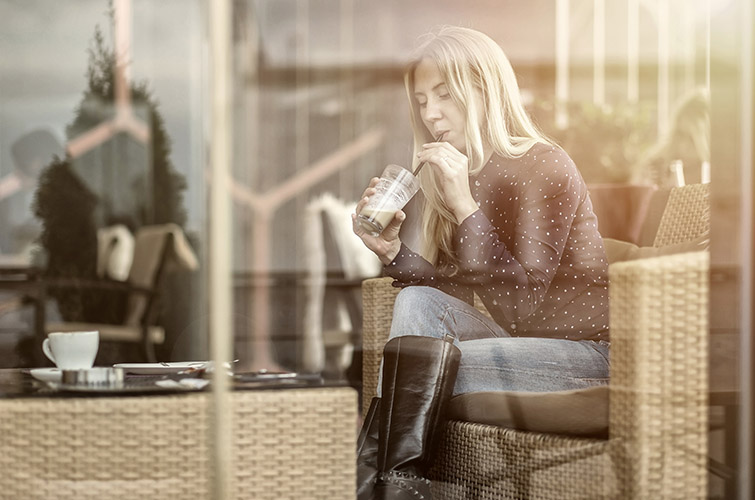 In the context of a horror film, this benign scene becomes something more sinister. Image from Shutterstock

Some horror filmmakers are drawn to extreme closeups, but in my opinion doing the exact opposite is far more effective. Rather than always filling up your frame with your actors faces (just because it looks intense), challenge yourself to go wider.

Imagine a scene where an actor is sitting alone in their kitchen. An extreme closeup on their face may show us some added emotion, but a wide shot taken from outside the house (looking in) could be far more powerful. Not only are you showing the isolation of the character, but you’re also creating a voyeuristic and unsettling feeling by shooting through a pane of glass, which is a technique that can be very effective under the right conditions. 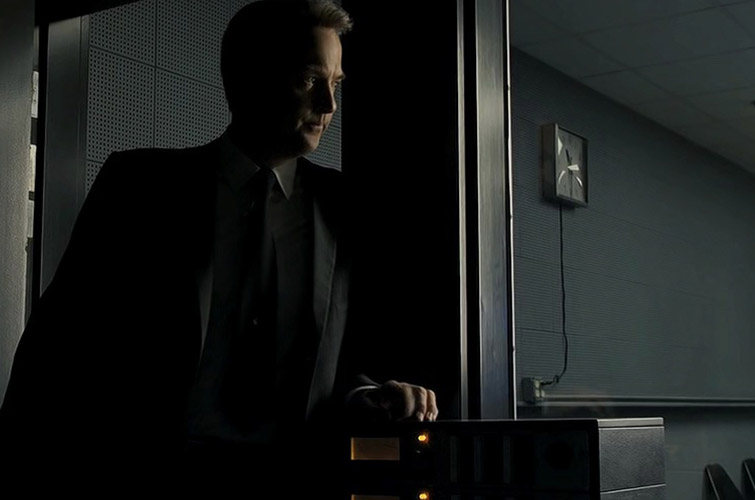 As DPs, we have it drilled in our heads to always expose perfectly. We have more tools than ever (both in camera and otherwise) that enable us to nail our exposure. Though, in some cases, that isn’t what’s going to serve the story most effectively. On a horror film, underexposing can be extremely effective as it’ll leave more areas of the frame in the shadows and create a more mysterious feeling.

Although you could technically expose normally and just color grade your footage to darken it in post, the end result won’t be quite the same. You want to actually light your scene in a way that feels organically underexposed, and bring that out even more in the grade. Don’t push things too far though, or you won’t be able to bump it back up in post if needed. About a stop of underexposure is all you need to set the tone. 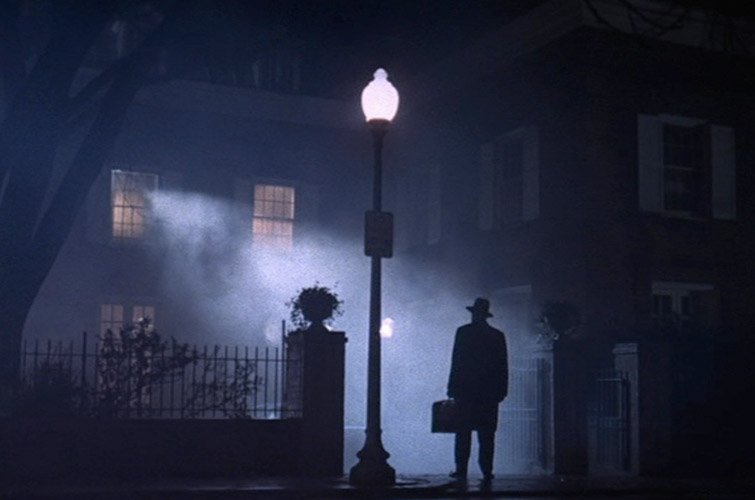 Even the Exorcist is made scarier by fog. Image from IMDb

Using a tasteful amount of haze (or fog) can add a lot of texture to your scene. This is one of the oldest tricks in the book, but it’s still used on nearly every set (and for good reason). There’s absolutely no substitute for the look and feel that haze can bring to your scene, and it’s especially effective when it comes to the horror genre.

Use a hazer or fog machine to add just a touch of haze to your scene, and be sure not to go overboard. A little bit of haze will go a long way, and much like underexposing, it can really help to set a unique and mysterious mood to your scenes.

4. Don’t Be Afraid of Colored Gels 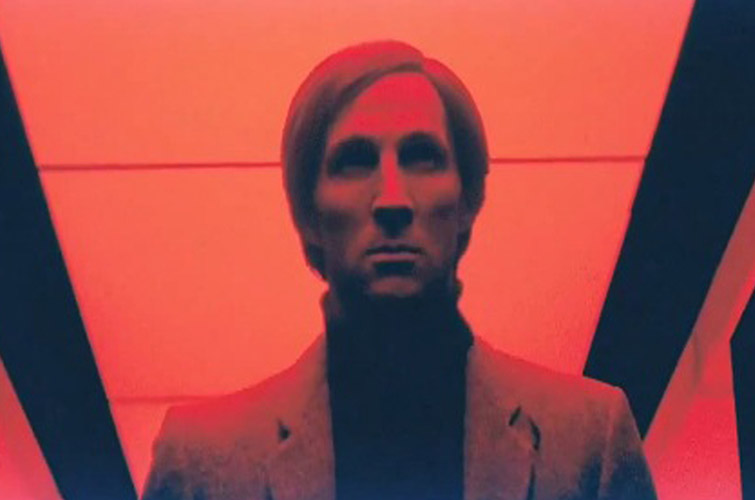 Beyond the Black Rainbow. Below the Red Gel. Image from IMDb

I almost always avoid using colored gels when shooting, unless I’m using them to correct the color temperature of a light (for example, balancing tungsten to daylight). That said, if I’m ever going to use them, it’s on a horror film, as that’s one of the only genres where I feel they can work exceptionally well.

Red gels in particular can be really effective for horror, as the color red can inherently make your viewers feel unnerved. Avoid using colored gels in the way that a photographer might (such as on the rim light) and instead use them on your key. Let’s say you’ve got a scene that takes place in a dark hallway of a club. If your key light has a red gel on it, it will bleed over the faces of your actors and create a really stylized look. Again, know when to use this and when not to. If you mix colored gels with regular lighting (or natural light) you may just wind up with a strange looking image. 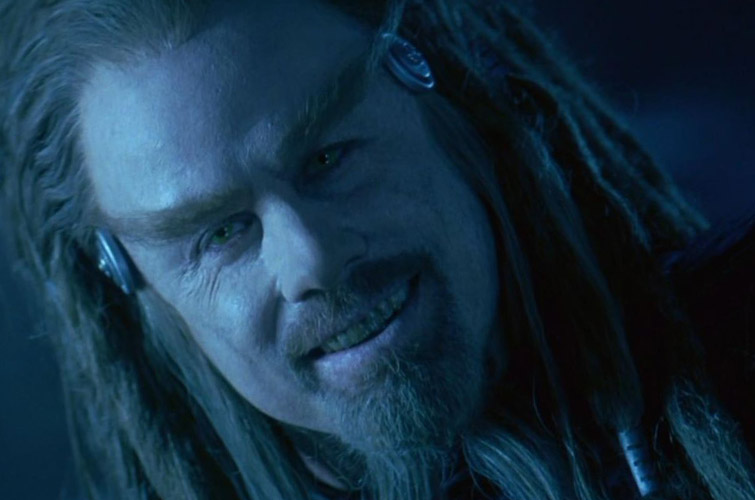 Some films are horrifying for different reasons. Image from IMDb

The most obvious example of a unique angle that works well for horror is the dutch tilt, though just about any unconventional angle can help play into the vibe of your film. Much like the other tips on this list, you want to use your camera angles to create an unsettling feeling within the viewer, and the best way to do that is to create an image that looks off balance. That’s why the dutch tilt works so well.

Other examples would be a bird’s eye view or a very low angle shot looking up. Both of these are unique perspectives that we rarely see on film, and can really help to jolt the audience into the headspace of the characters. Always be sure that whatever extreme camera angle you’re going for still suits your scene, as the last thing you want is to stylize a scene or moment in a way that isn’t true to the story.